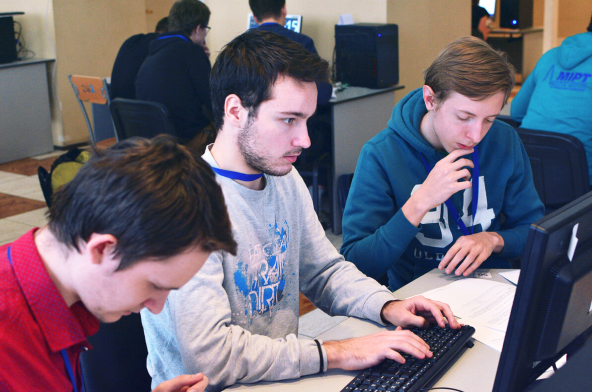 The official contest is comprised of several regional stages and a World Finals. Qualifying rounds held in subregions are followed by quarter-final subregional contests, then the Northern Eurasia finals, and then the World Finals.

Each contest takes place over 5 hours. During that time, the teams must solve as many problems as possible using one of the allowed programming languages. The team that solves the most problems is deemed the winner. In the event of a tie, the jury takes into account the time spent by teams to solve the problems.

During the contest, participants can only communicate with the event’s technical staff and may use a limited toolset, which includes: notebooks, writing tools, and an unannotated dictionary.